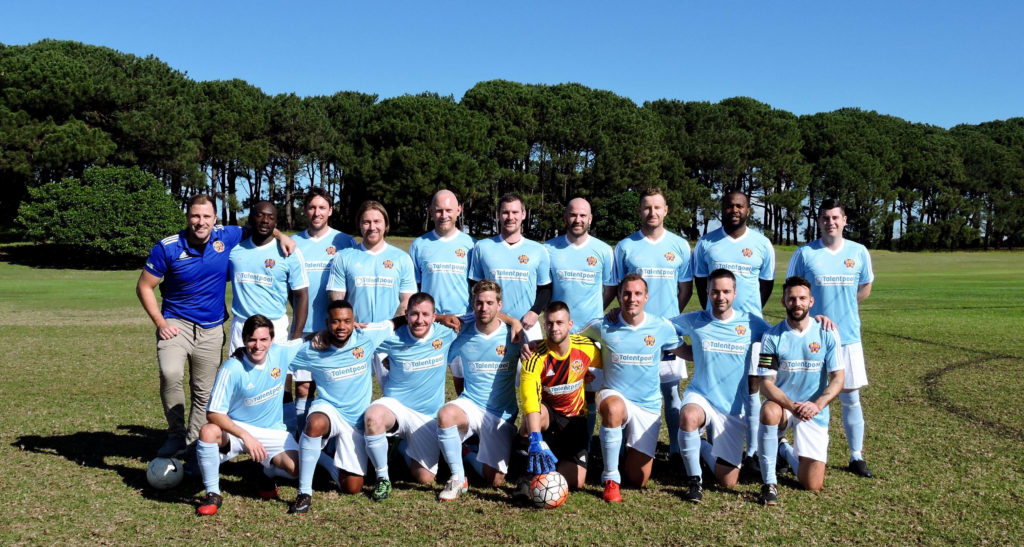 Our Infrastructure and Projects Consultant Dan Eeles has been playing for Waterloo FC for over 2 years. In those years, Waterloo FC have won the league and cup double as well as retaining the league title last year. Waterloo FC are a part of an amateur football competition based in Sydney’s Eastern Suburbs. Talentpool have decided to support and sponsor the “Boys in Blue” this season in hope that they will retain their title for a 3rd year running.

Matches are played on Sunday’s in Centennial Park. Please feel free to join us or you can follow their team results here!